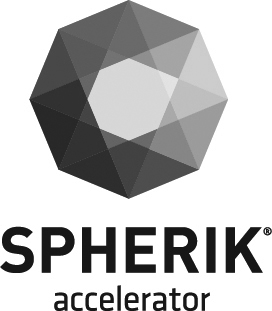 A slower developer than other former communist countries of Eastern Europe, Romania joined the EU in January 2007. Since then a series of measures were taken to adjust its policies to the Single Market and towards creating a better framework conditions for starting and managing a company. Romania’s economy is on the rise, having registered the largest growth among all 28 European Union member states in GDP per capita in 2017 and 2018, jumping one position in the block’s ranking, from its second-poorest to the third-poorest nation. Romania is now the ninth largest economy in the European Union, and had the region’s second highest GDP growth rate of 7% in 2017.

IT sector was a real champion of the last decade with a booming outsourcing industry generating 6% of Romania’s GDP, projected to reach 10% in the upcoming years. Over 100,000 IT engineers are employed by the industry servicing companies from the EU, US and even Asia. The strong talent pool in IT with good languages skills attracted big corporations such as Oracle, Amazon, Intel, Microsoft, IBM - key players in the sector. While Bucharest is highly covered by large corporations, second-tier cities like Cluj, Oradea and Iasi have seen over the years a constant development of local companies servicing mainly external clients.

Romania still lags behind the European average in terms of innovation. It can better be described as an early stage market with a rather low number of startups facing a limited survival rate, a small domestic consumer market and low levels of collaboration between major stakeholders. Nevertheless, the ecosystem has seen some signs of positive change with improved access to capital via publicly-backed VC funds, new partnerships between ecosystem builders across the country and openness to connect with European ecosystems. Romania slowly learns to leverage its large diaspora (over 4 million Romanians living abroad) in supporting the growth of the local ecosystem and to take significant steps in connecting major players within a coherent ecosystem.

The last couple of years have witnessed an increased interest for startups as the local scene became more vibrant. It attracted the attention of large companies and corporations that pushed for verticalization: AdTech, Fintech, eHealth, IoT & Smart Cities. Joint ventures between startups associations, accelerators and corporates are more prevalent: hackathons, thematic conferences, incubation and acceleration programs. Universities joined forces with ecosystem builders by opening their doors for entrepreneurial education and digitalization. In terms of funding, new EIF backed VC funds as well as private ones offer a solid base for seed level startups. Later stages are yet to be covered by regional and international players. There were 12 exits in 2016 (summing up roughly €72m - disclosed amounts), 8 exits (roughly €53.7m - disclosed amounts) in 2017, and 14 exits in 2018, with 3 companies achieving the status of unicorns.

Bucharest remains the major hub concentrating 51% of the IT workforce and all major corporates, R&D institutes and startups. It is followed closely by Cluj- Napoca, a strong university center with a booming outsourcing industry that has recently become a destination of choice for many aspiring entrepreneurs. Timisoara, Iasi and Brasov are also developing well by building momentum around co-working places and innovative hubs.

The local ecosystem becomes more connected via a series of partnerships developed by major players from different cities. On the other hand, corporates are more active within the ecosystem and their collaborations with startups will turn to be more effective for both parties involved. Nevertheless, it remains to be seen how the economic downturn will affect current strategies and investments.

The key stakeholders of the Romanian startup ecosystem are:

Startups
• In 2014, Skobbler (products and services based on OpenStreetMap) was sold to Telenav for $24 million; in 2015, Liverail (monetization platform for video publishers) was sold to Facebook for some $500 million; 2017 Vector Watch was acquired by Fitbit for $15 million and CleverTaxi by Daimler’s my taxi for over €10 million. 2018 was the best year up until now as 3 Romanian companies reached the unicorn status: UiPath (RPA), Bitdefender (Cybersecurity), Emag (e-comm). In addition, during the Central and Eastern Startup Awards, Romania’s Instant Factoring was recognised as the region’s Best Fintech Startup, and Alexandru Iliescu, founder of learning language app Mondly, was named Founder of The Year. A few startups have now grown to more than a dozen employees and are scaling up. These include Moqups (web-based application to create mockups and wireframes), Onyx Beacon (B2B solutions for companies to develop contextaware mobile apps), Skinvision (a mobile app to detect skin cancer), CRMRebs (doubles the productivity of real estate agents), Squirrly (marketing software), MiraRehab (makes physical therapy fun and convenient for patients recovering from surgery or injury), Questo (real world exploration game), Blugento (e-comm Magento platform), SmartBill (cloud invoicing software), TypingDNA (typing biometrics), Ebriza (virtual cash register) and many more examples.

Incubators, technology parks, accelerators, startups programmes
• Since 2013, when the first accelerator Spherik was launched, the number of accelerators available for local entrepreneurs has significantly grown. This is a list of some of the incubators and accelerators that local startups can apply to: Spherik Accelerator, Orange Fab, Techcelerator, Catalyst, Elevator Lab, Alpha Hub, Risky Business, Carbon, Innovations by Crossrider, WeAccelerate.

Universities
• Babes-Bolyai University and Technical University of Cluj are both founding members of Spherik Accelerator. At the same time, all major universities from Romania are active partners of Innovation Labs (startup competition and mentoring program).